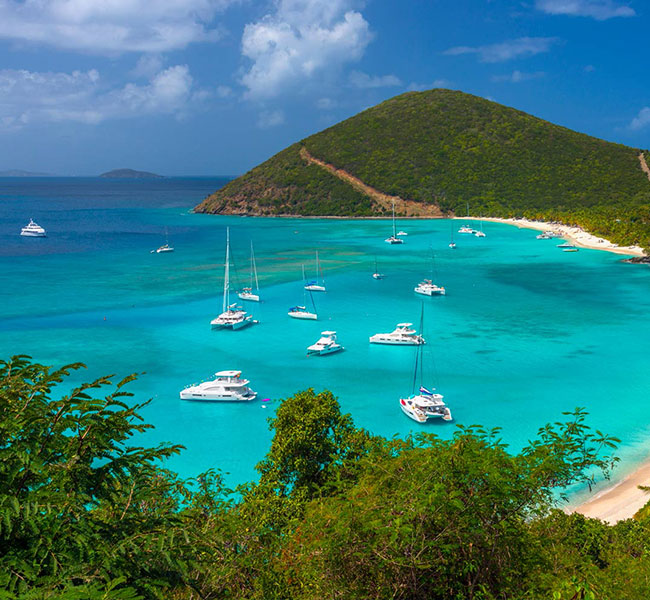 The Virgin Islands (Spanish: Islas Virgenes) are an archipelago in the Caribbean Sea. They are geologically and biogeographically the easternmost part of the Greater Antilles, the northern islands belonging to the Puerto Rico Trench and St. Croix being a displaced part of the same geologic structure. Politically, the British Virgin Islands have been governed as the western island group of the Leeward Islands, which are the northern part of the Lesser Antilles, and form the border between the Caribbean Sea and the Atlantic Ocean. The archipelago is separated from the true Lesser Antilles by the Anegada Passage and from the main island of Puerto Rico by the Virgin Passage.

3. Spanish Virgin Islands, the easternmost islands of the Commonwealth of Puerto Rico, itself an unincorporated territory of the United States.