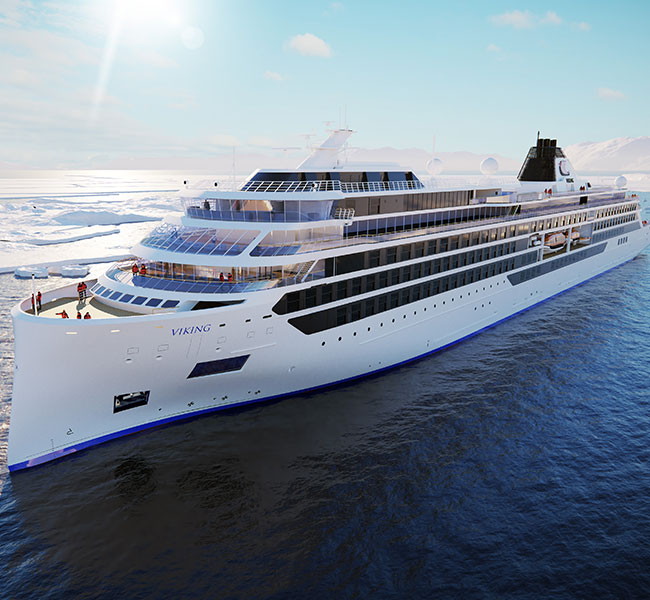 In 2015, Viking introduced its first ocean ship with the naming of the 930-guest all-veranda Viking Star. One year later, Viking launched its second ocean ship, Viking Sea, which was joined by sister ships Viking Sky and Viking Sun in 2017, Viking Orion in 2018 and Viking Jupiter in 2019. Six more sister ships are on order, with options for four additional ships. These options could bring Viking’s total ocean fleet to 16 ships by 2027.

The company’s award-winning ships are engineered at a size that allows direct access into most ports, so guests have easy and efficient embarkation and disembarkation. Each ship boasts a private veranda in every stateroom, a choice of restaurants offering a variety of fine dining options, the most al fresco dining at sea, an infinity pool, a Nordic-inspired spa, panoramic Explorers’ Lounge and thoughtfully curated book collections throughout the ship, and more—all designed in understated elegance.

Ocean itineraries are designed to maximize the amount of time travelers spend in their destination. These enriching itineraries include base and combination cruises sailing to Scandinavia and Northern Europe, the Mediterranean, the Caribbean, Australia and New Zealand, Asia, Alaska, North and South America, and Africa.