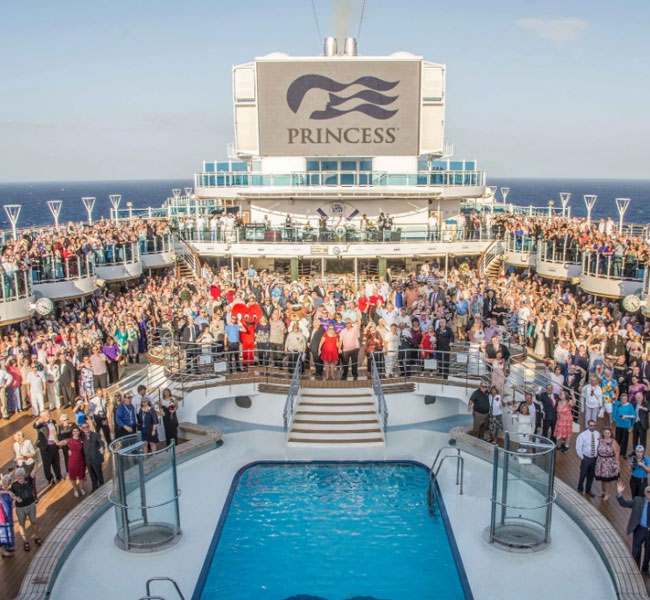 Princess Cruises was made famous by the American television series The Love Boat, which ran from 1977-1987, in which its ship Pacific Princess was featured. The Love Boat was, arguably, the main catalyst that launched the phenomenal growth of the modern vacation cruise industry. In May 2013, Royal Princess, the first Royal-class ship and the largest ship constructed for Princess at the time, became the flagship of Princess Cruises. In the coming years, Princess will sail two new LNG (Liquified Natural Gas) powered, 175,000 ton ships.