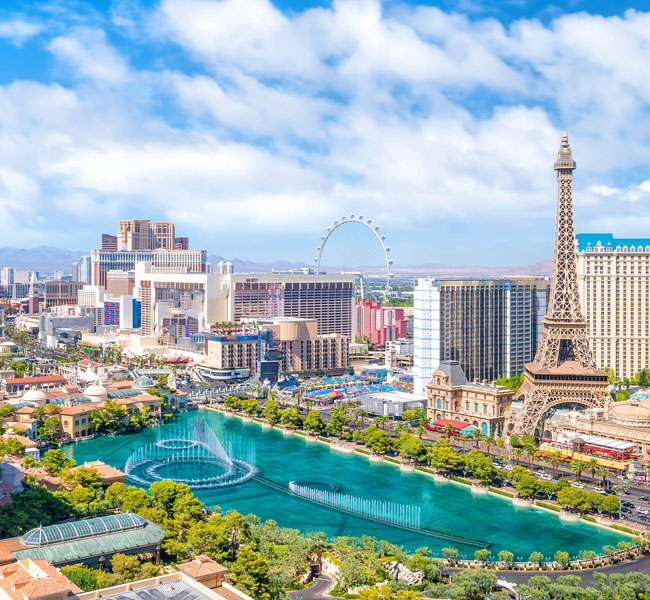 Is it possible to experience Vegas without breaking the bank? With dozens of attractions and shows that are priced for the budget traveler in mind, you certainly can get the most bang for your buck. You'll be thoroughly entertained without draining your wallet.

Mac King's Comedy Magic Show at Harrah's combines two classic genres of Las Vegas entertainment into one amazing show. King has one of Las Vegas' longest running shows and offers an unusual combination of humor, visual gags and sleight of hand. And, he's known for original magic creations, such as making a live goldfish appear over an audience member's head.

You can also tickle your funny bone and see illusionary feats at the Afternoon Comedy Magic Show starring Spike and Hammer at the Four Queens and Nathan Burton Comedy Magic at Flamingo Las Vegas. Or laugh it up at Fear and Laughing in Las Vegas featuring Todd Paul at Hooters Casino Hotel or Kevin Burke: Fitz of Laughter downtown at Fitzgeralds.

For a night of great music, catch Matt Goss at Caesars Palace. Produced by Robin Antin, creator of The Pussycat Dolls, Goss show features a nine-piece band and sexy female dancers. Or see some familiar faces at both Legends in Concert at Harrah's, now in its 25th year, and American Superstars at the Stratosphere. It's the next best thing to the real thing.

For a show that will leave you entranced, try Dr. Scott Lewis – Outrageous Comedy Hypnotist at the Riviera. There's some adult content in the show and audience members will do some crazy things, but it's OK – he's a doctor. Or head over to Planet Hollywood for Marc Savard – Comedy Hypnosis, where you can also be a part of the show. (VisitLasVegas)