India | Plan a vacation to India 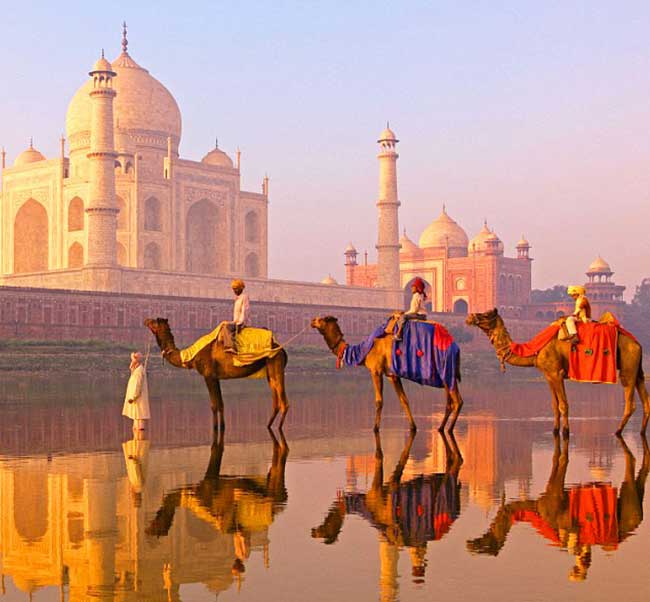 Nearly five thousand years back flourished India's first major civilisation along the Indus River valley. The twin cities of Mohenjodaro and Harappa now in Pakistan were ruled by priests and held the rudiments of Hinduism. These civilisations are known to possess a sophisticated lifestyle, a highly developed sense of aesthetics, an astonishing knowledge of town planning and an undecipherable script language. The Indus civilization at one point of time extended nearly a million square kilometres across the Indus river valley. It existed at the same time as the ancient civilizations of Egypt and Sumer but far outlasted them. Surviving for nearly a thousand years the Indus valley civilisation fell to tectonic upheavals in about 1700 BC, which caused a series of floods.

The coming of the Aryans around 1500 BC, gave the final blow to the collapsing Indus Valley civilisation. At the dawn of Vedic ages the Aryans came in from the North and spread through large parts of India bringing with them their culture and religious beliefs. The Four Vedas or the important books of Hinduism were compiled in this period.

In 567 B.C. the founder of the Buddhist Religion Gautama Buddha was born. During this time lived Mahavira, who founded the Jain Religion. The Indian subcontinent is full of caves and monuments devoted to these religions and are worth a visit.

Two hundred years later, in the 4th century B.C., Emperor Ashoka, one of the greatest King of Indian history, led the Mauryan Empire to take over almost all of what is now modern India. This great leader embraced Buddhism and built the group of monuments at Sanchi (a UNESCO world heritage site). The Ashoka pillar at Sarnath has been adopted by India as its national emblem and the Dharma Chakra on the Ashoka Pillar adorns the National Flag.

They were followed by the Guptas in the north, while in the south part of India several different Hindu empires, the Cholas, the Pandyas and the Cheras spread and grew, trading with Europe and other parts of Asia till the end of the 1100s.

Christianinty entered India at about the same time from Europe. Legend has it that St. Thomas the Apostle arrived in India in 52 A.D. Even earlier than that people of the Jewish religion arrived on India's shores.

In approximately the 7th century A.D. a group of Zoroastrians, or Parsees, landed in Gujarat and became a part of the large mix of religions in India today, each of which adds its important and distinctive flavour.

In the 15th century Guru Nanak laid the foundation of the Sikh religion in Punjab.

In 1192, Mohammed of Ghori, a ruler from Afghanistan, came into India and captured several places in the north including Delhi. When he went home he left one of his generals in charge who became the first Sultan of Delhi. During this time Islam, was introduced into a major part of Northern India. It may be mentioned that even before that, just after the period of the prophet, Islam was brought to the western coast of India by Arab traders and flourished in what is now Kerala.

The Dehli Sultanate gradually took control of more and more of North India over the next 200 years, till Timur, who was called "Timur the Lame" or "Tamberlane" came from Turkey in 1398 to attack India. He and his army stole all the valuables that they could carry and left again, and after that the Delhi Sultanate was never so strong again. Soon the Mughals, who were from Iran, came in and took control of the north.

In the meantime south , in 1336, the Hindu Vijayanagar empire was set up and became very strong.

The Europeans - Portuguese, French, Dutch, Danish and British - started arriving in the early 1600s. All of them held territories in India and made friends and enemies among India's rulers as they got more and more involved, with the Indian politics, but it was the British who eventually controlled most of India and finally made it one of their colonies.

India got its independence from Britain in 1947 after a long struggle led mostly by Mahatma Gandhi. In the process of becoming independent, India became, two countries instead of one. In the years since independence India has made huge progress and coped with great problems, and has developed its industry and its agriculture, and has maintained a system of government which makes it the largest democracy in the world. (Incredible India)