Brazil | Planning a vacation to Brazil 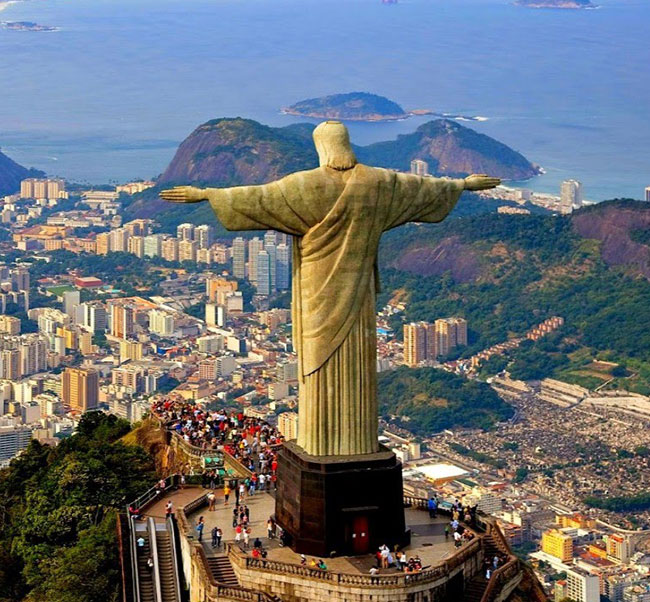 Very few tourist destinations are able to offer such varied options as Brazil. Its natural beauties, the enormous popular festivities and the countless protected environmental reserves are priceless attractions, which amze foreign tourists when the time comes for them to choose their holiday destination. Everyone has already heard of Rio de Janeiro, Carnival, thae Amazon or the country's beautiful beaches.

Recent surveys carried out by Embratur (Brazilian Tourism Institute) revealed that the most sought after Brazilian location is Rio de Janeiro. Also called "Cidade Maravilhosa", or Enchanting City, this capital of the state of Rio de Janeiro flaunts breathtaking scenery, and is also home to the largest popular festivity in the world: Carnival. This grandiose celebration, a yearly gathering of thousands of merrymakers, who dance and watch the Samba School parades, attracts a significant number of foreign visitors to the grandstands and box seats lining the Marques de Sapucai Avenue.

Carnival is also present in the schedules of several other Brazilian cities, attracting the interest of a great many foreigners who visit Brazil. Sao Paulo follows Rio's example, and it too puts on some lively Samba School parades; in Pernambuco, it is the merrymakers of Olinda and Recife who, wearing fancy costumes, dancing in the streets following music groups on floats and maracatus, and carrying the famous gigantic dolls are the ones who stand out; in Salvador, capital of Bahia, the fun is provided by trios eletricos, mobile stages which attract thousands of followers, dancing along behind them, until sunrise, to the sound of the axe music from Bahia.

The country's beautiful beaches and natural wonders also capture people's attention and attract 35% of the tourists, according to surveys carried out by Embratur. With a coastline extending for more than seven thousand kilometres, Brazil has the privilege of being able to offer several leisure options in this segment. Among the most visited in the country, are the famous beaches of Ipanema and Copacabana, on the coast of Rio de Janeiro; Joaquina, in the South of the country, is known for the national and international surf championships held there; Praia do Forte, along the North coast of Bahia, the headquarters for the Tamar Project for the preservation of sea turtles; and the natural beauty of the beaches in the Fernando de Noronha archipelago.

And one must not forget Ecotourism, a segment which has attracted a flock of new followers over the past few years. According to data from the Ecotourism Society, average annual growth has been from 10% to15%. Those interested in this type of travel total 5% of the entire world tourist flow, or approximately 35 million people. And Brazil is one of the destinations in this segment showing the greatest potential for growth, since it is where one of the world's icons for ecology and biodiversity, the Amazon region, is located -- in the North of the country and spread over some 5.5 million square kilometres. It is estimated that the forests alone in the Amazon region harbour 60% of all life forms on the planet – more than half of which are still unknown to science.
(Ministerio do Turismo)